Dear all my friends,
It was my pleasure coming to Malaysia. Meeting you , all the members of Viva Palestina. I 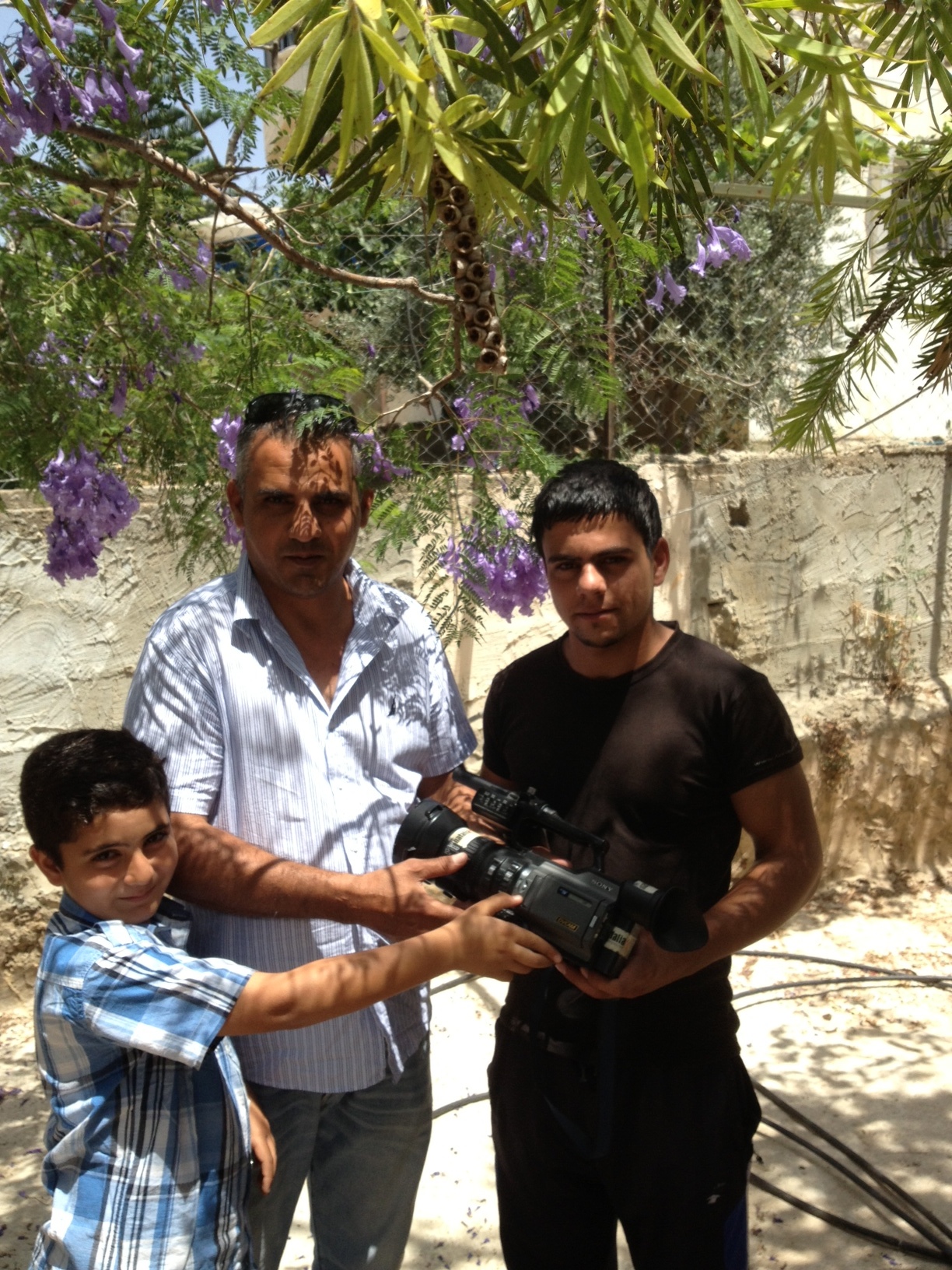 was excited to meet the people in Malaysia. Here is the first camera I get from you. I give it as gift from Viva Palestina, the Malaysian people to this Hamza Burnt. Hamza started to shoot the demonstrations in the village and other villages before, more than one year. He shoot still picture , but he was arrested, because he was taking pictures of the Israeli army using violence against Palestinians, he spent 9 month in jail, after 9 month he was released to his home in my village Bil'in. I meet him I told him don't give up, it important we continue our struggle and your part is to keep filming, so I promised him to give him video camera. So with your support Viva Palestine, we got the camera and I gave to him. We need your support Viva Palestina to continue our projects in the village and Palestine.