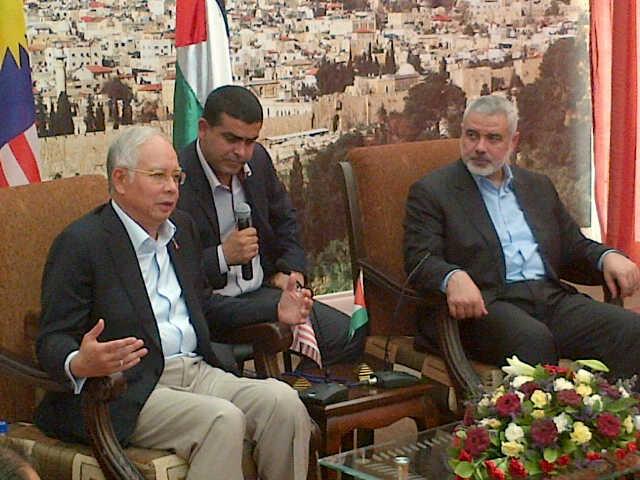 One of the sweetest moments for a prisoner is when his loved one visits him. Imagine the excitement of the Gazans living in the "largest ever open prison in the world" being visited by a VIP, the PM of Malaysia himself. It would be a historic occasion realizing they are not forgotten and their visitor carries the greetings from Malaysian of all walks of life, reaffirming Malaysia's solidarity with their struggle for freedom, justice and self determination. Malaysia's proven track record of arbitrating peace deals between parties at odds would place her in an enviable position to broker an amicable solution between the Gaza and Fatah factions. Both factions of the Palestinian struggle aspire similar end points, namely an end to the siege, return of their homeland and the establishment of the Palestinian nation state. VPM lauds the initiative of the PM and his team to incubate a One-Palestine team to face together the treacherous neo-colonialist schemes of the Israeli government.

Since her inception in Jan 2009, VPM has been unrelenting in her pursuit towards advocating justice and self-determination for Palestine. In more tangible forms, VPM has transferred RM 4.7 Million worth of funds to finance various medical, educational, housing, solar lighting, micro-financing and various women's projects in downtrodden Gaza. We kick-start our 2013 advocacy and awareness campaign by organizing our second national high impact programme, the Kuala Lumpur Palestine Film Festival 2013 (KLPFF2013). In collaboration with Ministry of Information, Communication and Culture through the National Film Development Corporation Malaysia (FINAS) and Media Prima, we hope via this altruistic film fest to screen to the Malaysian public the sufferings and persecution of the Palestinian people under Zionist occupation of their lands