Alhamdulillah, Great Thank to Viva Palestina Donors, May Allah accept from them, and bless their kind work. 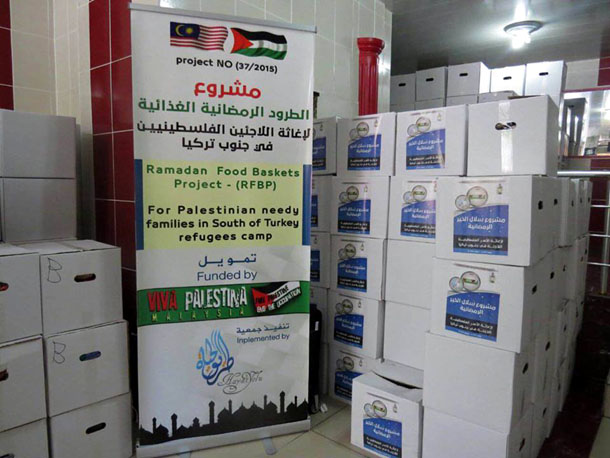 You may contribute ANY amount to:

For e-receipt, please email your name and amount donated to: This email address is being protected from spambots. You need JavaScript enabled to view it. 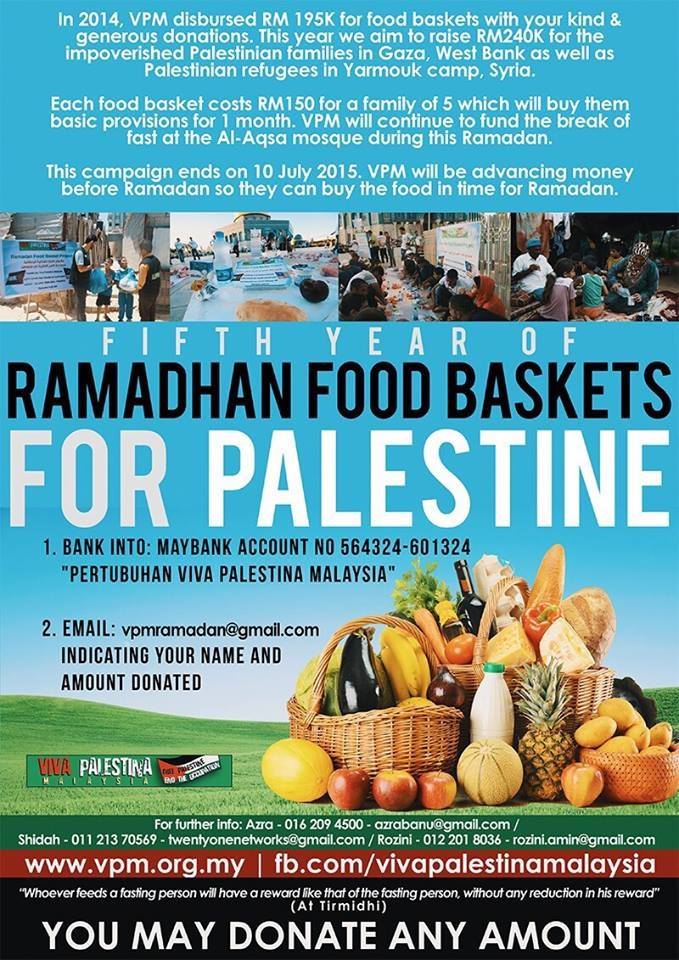 Candle use resulted in home fires and many deaths. Some Palestinian families buy generators and fuel to generate the electricity but it is too expensive and most families live below the poverty line.

The LED System consists of a battery,  thin wires, 5 switches, 5 LED lights  for 4  rooms and 1 for kitchen. It works for 8 hours and is charged when electricity is available.

The VPM “LIGHT UP A HOME IN GAZA” project will light up:- 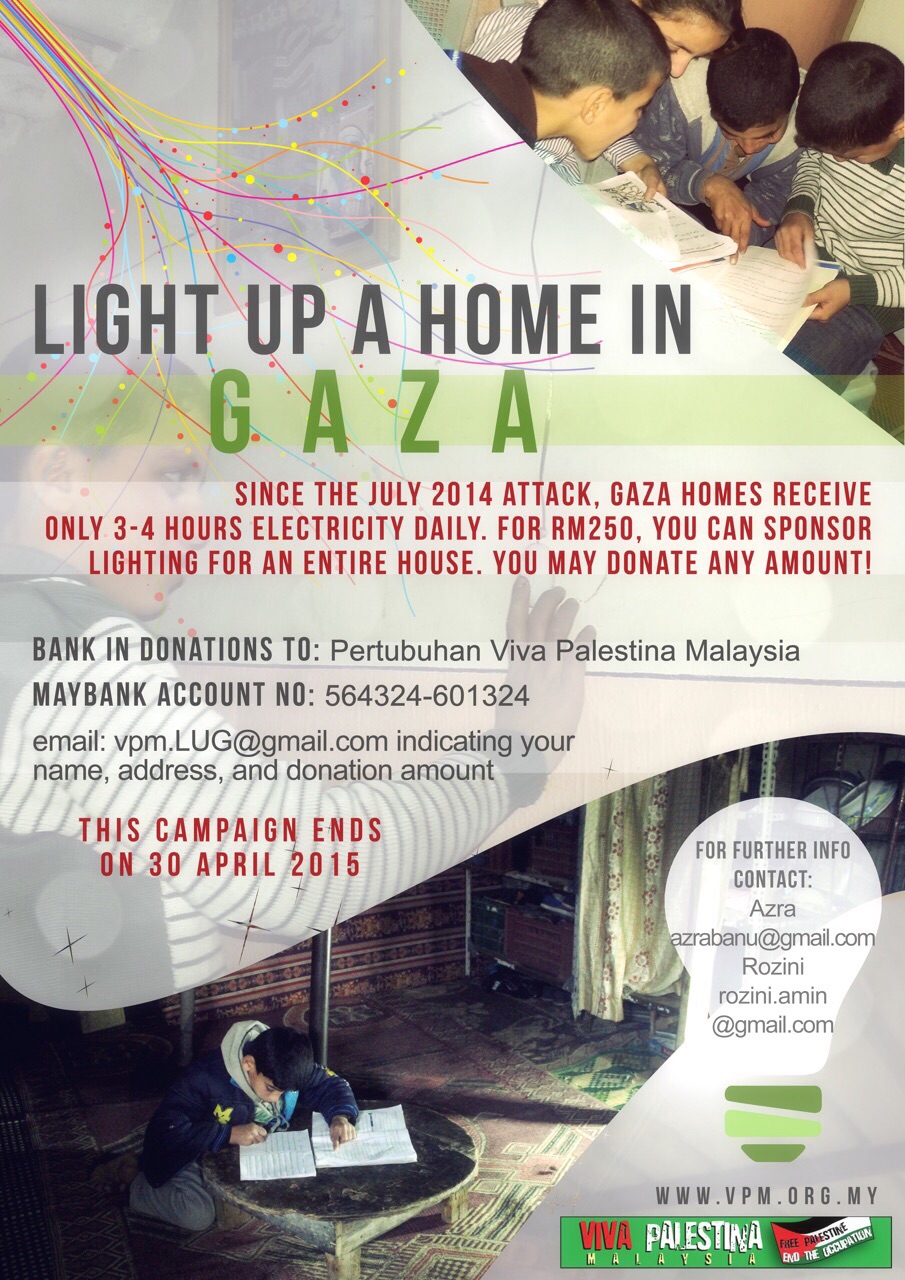 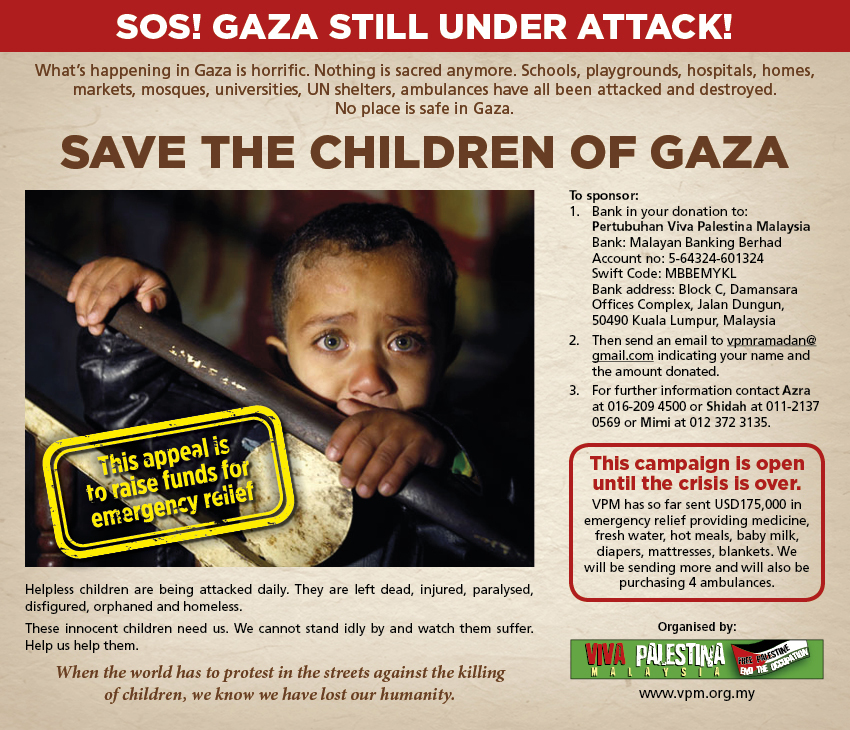 We have so far sent USD 175,000 to Gaza for food and medical relief. We have funded amongst others, water in tankers to UN schools, hot meals for iftar and suhoor, diapers, baby milk, mattresses, blankets and truck load of medical supplies via Arab Medical Union and now, we are in the process of buying 4 ambulances.

Our strength is that we respond quickly and we give food and water when the big NGOs hadn't moved in yet and now we are moving towards bigger things as big as NGOS like Red Cross have stepped in. 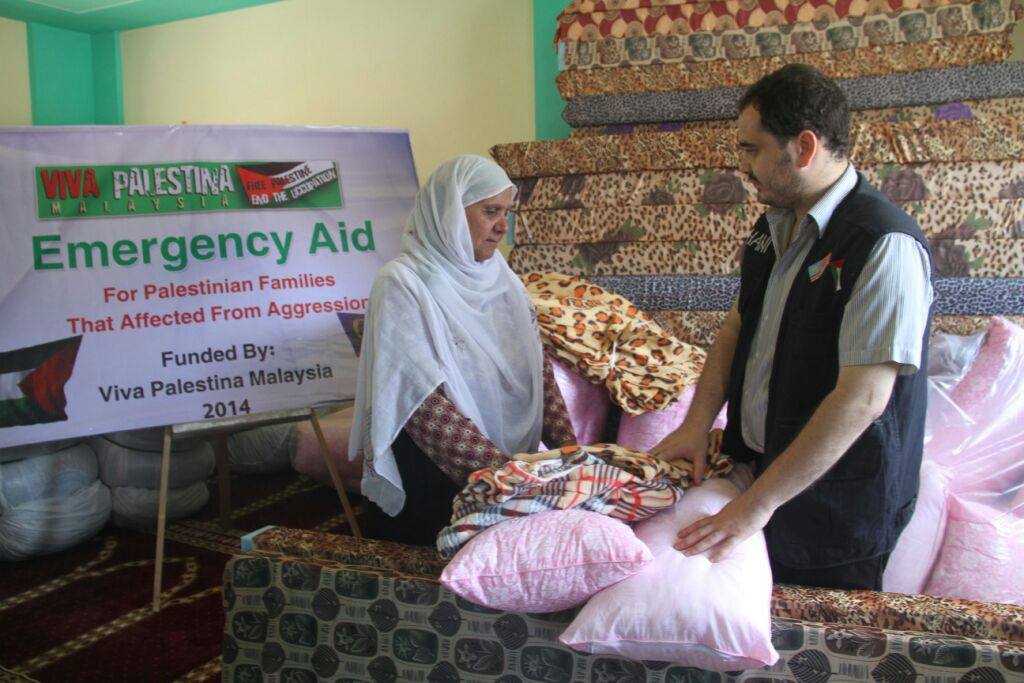 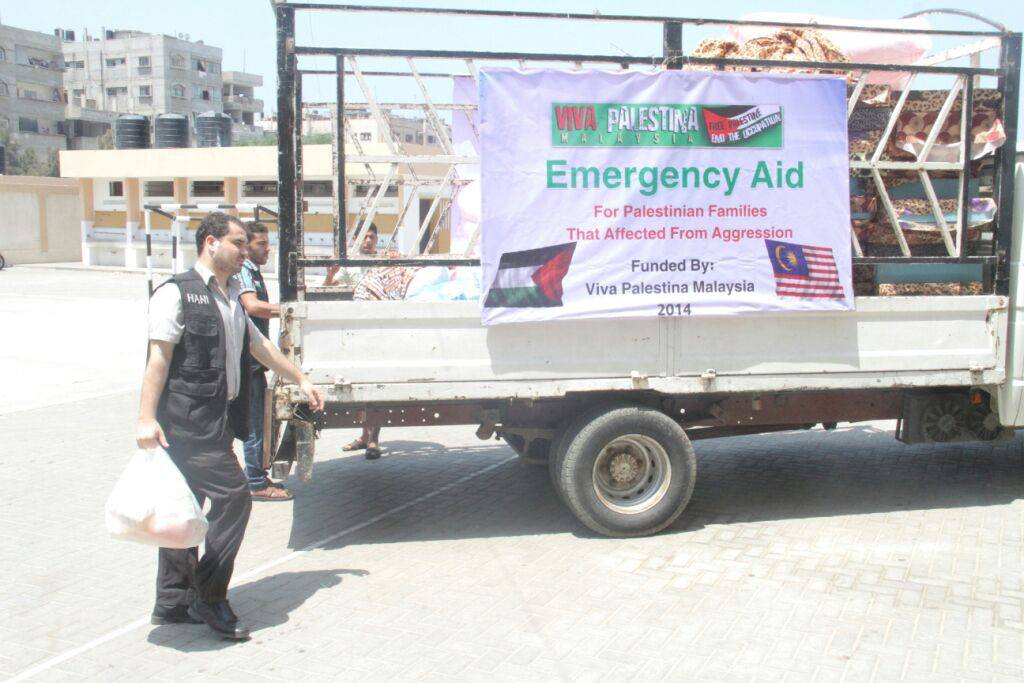 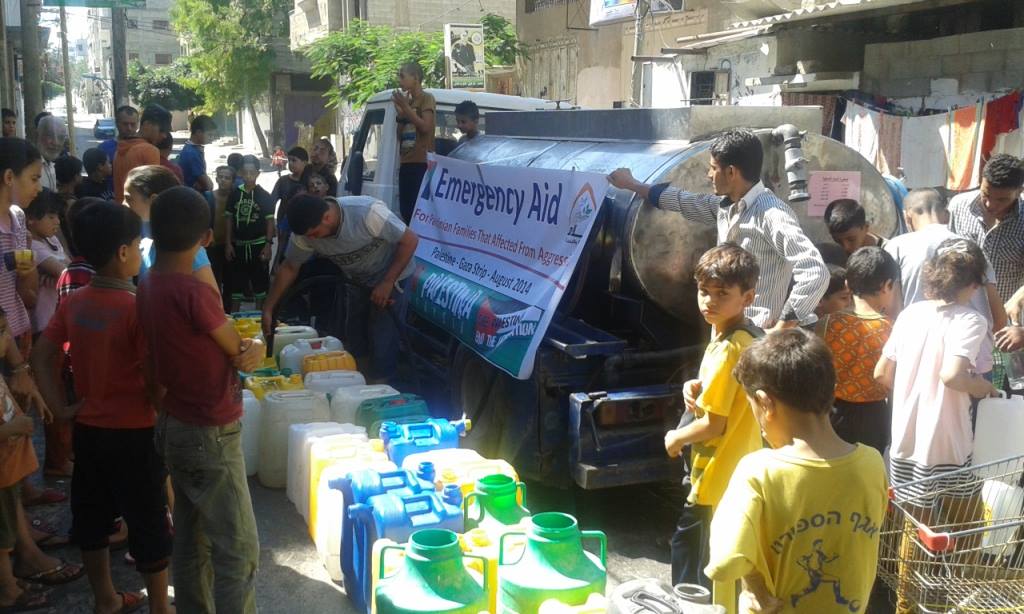 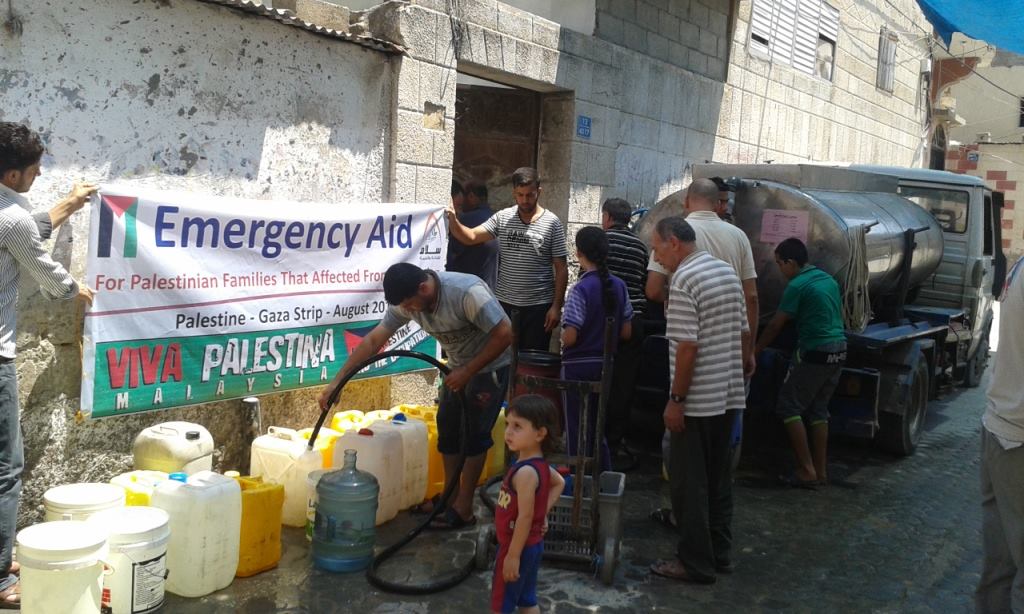 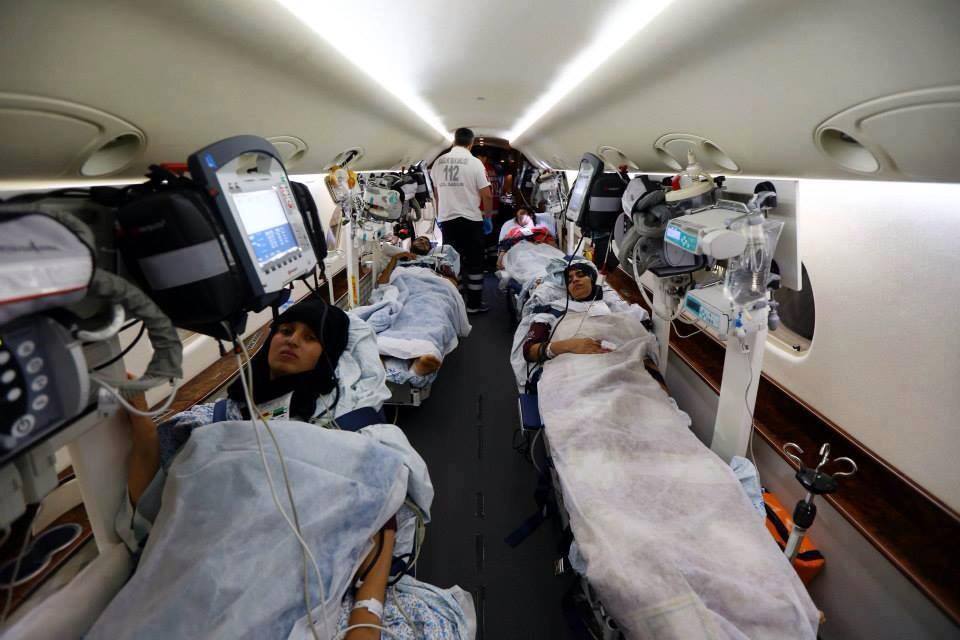 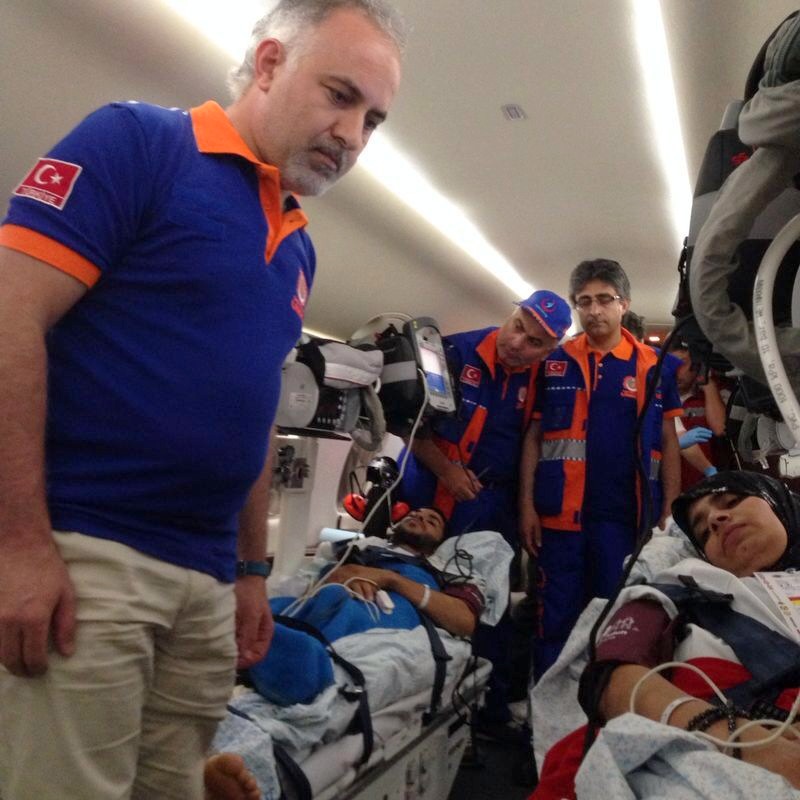 Our partners Doctors World Wide (DWW) Turkey in collaboration with the MOH Turkey are enroute to Gaza via Tel Aviv.

Our FiMA think tank member & CEO of DWW Dr. Kerem informs us that he and Prof. Orhan also from DWWT are at the airport on their way to Gaza via Tel Aviv. They are boarding  an air ambulance of MOH of Turkey.

This is our third FIMA Medical mission in partnership with our associates. The first being 8 Sudanese and second 5 Palestinian doctors.

This was the decision we made @ Arusha Tanzania on 7-8 Aug at our FIMA council meeting with all our affiliates & global partners. May Allah bless this global partnership of minds & hearts of our Muslim medical fraternity.

Kindly accompany them with your doa that this third mission helps to relieve the injured people of Gaza and flies the sickest out for expert surgical & medical attention. 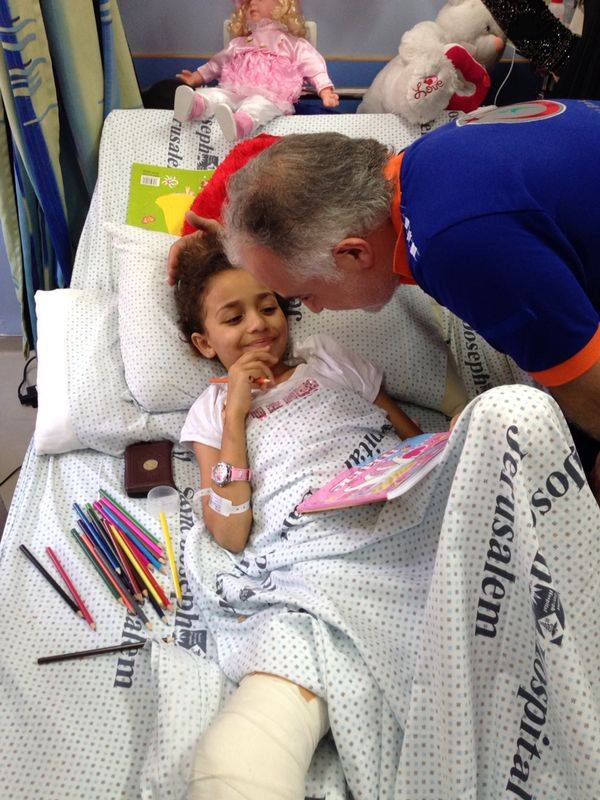 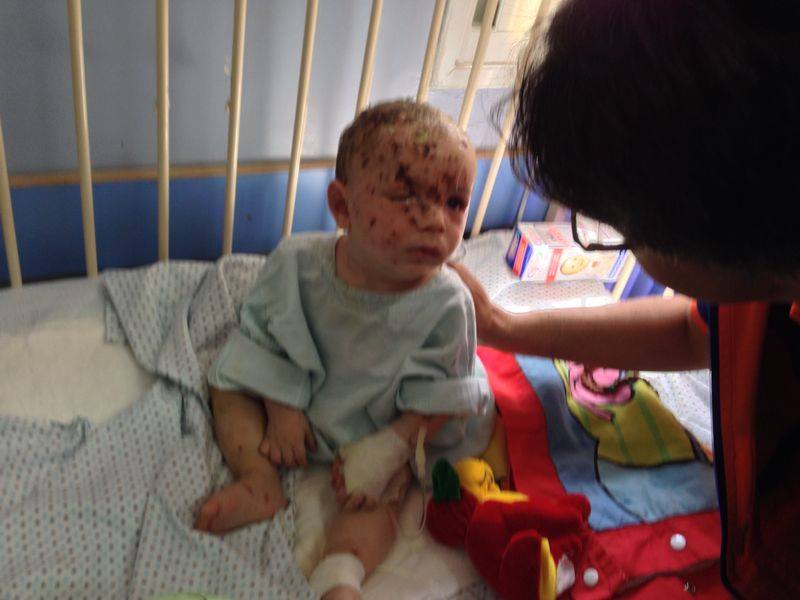 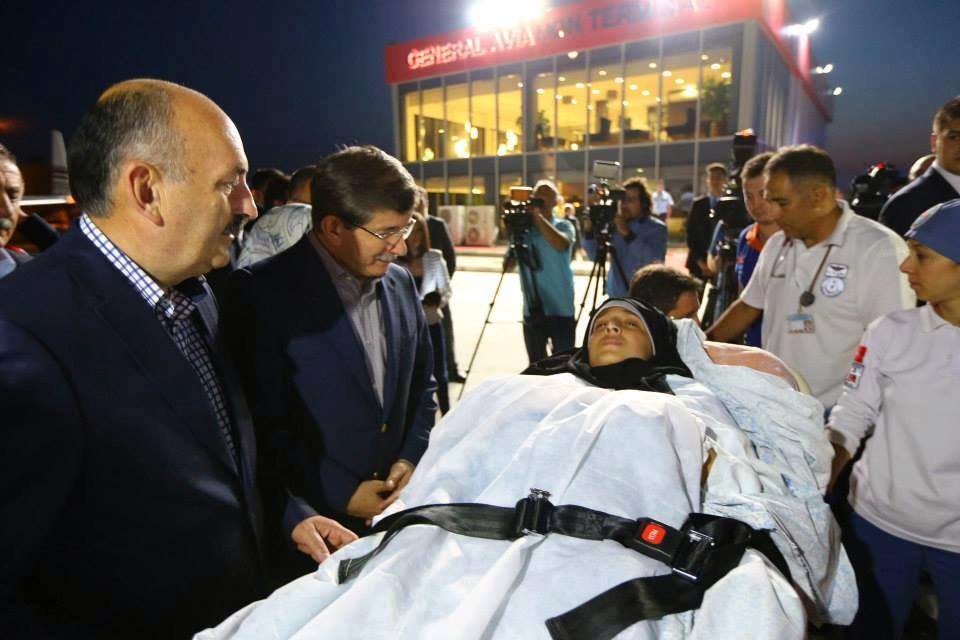 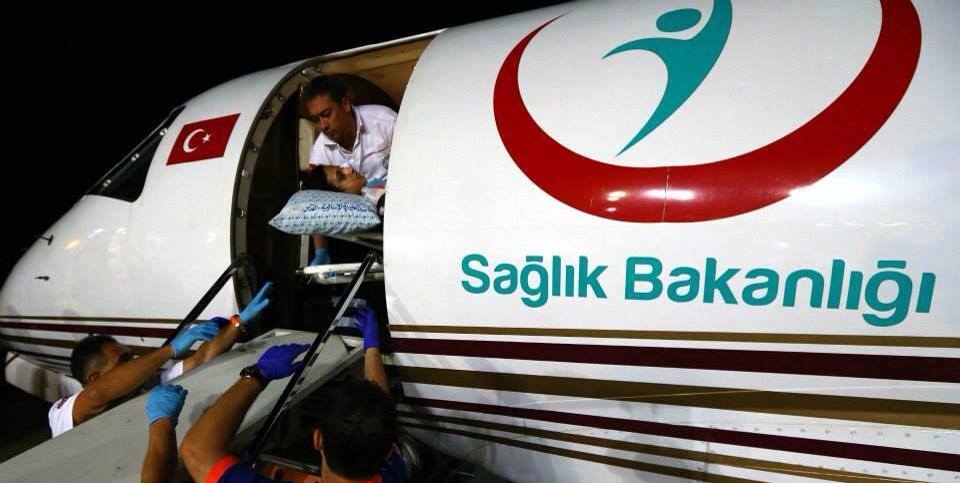 12 August 2014 - Dr Kerem DWW Turkey reports from air ambulance airlifting injured patients "Yesterday we sent 4 heavy cases, today we are trying to send 8 more. We are awaiting for Palestinian authority in West Bank to issue them passports. We are still waiting for 88 emergency patient's official travel documents from PA in West Bank.

The wounded children in picture above are in A Quds awaiting transfer.
Dr Kerem adds "Our Minister of Foreign Affairs is calling up Abbas to  speed up the process"
Attached an article in Turkish paper Daily Sabah on cooperation between DWW and FIMA:
http://www.dailysabah.com/nation/2014/08/08/turkish-doctors-heal-wounds-of-palestinians-in-gaza-through-aid
Alhamdulillah, this is truly a formidable partnership of 19 global relief bodies  cooperating for a common cause. 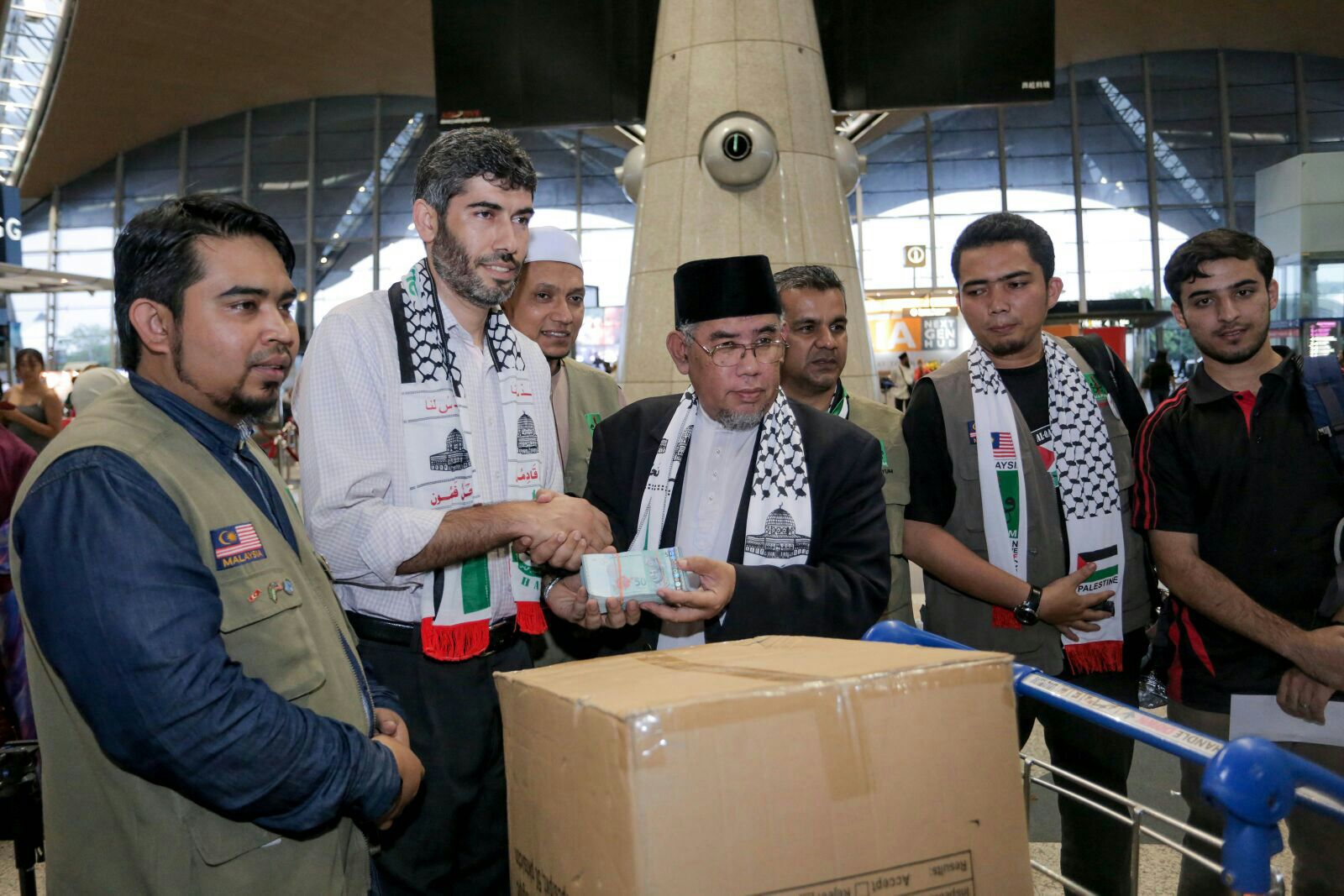 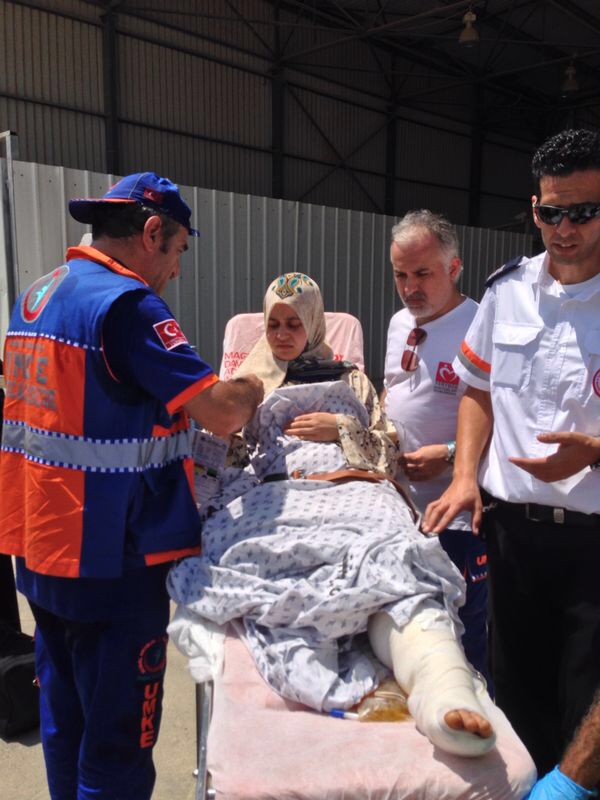 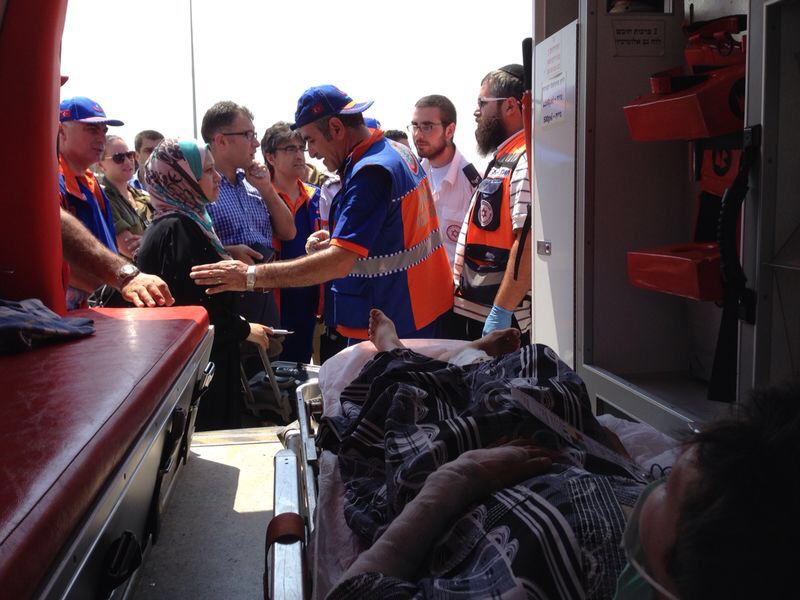 I have my misgivings of big number teams entering Gaza. In our FIMA plan of action at most 5-10 surgeons are deployed at any one time. But ensuring a team always present in Gaza.

A 65 member team is undoubtedly a logistic nightmare for food stricken and shelter deprived Gaza. Besides if bombing resumes Gazans would sacrifice their own lives to shelter the relief team members - the Gaza hospitality is unparalleled despite their poor circumstances. We should not further burden our Gazan hosts.

Till time of reporting Malaysian team yet to receive clearance from
Egyptian authorities. Team Malaysia has been told to downsize from 65 to 20!

Many patients could not get proper medical treatment because of the lack of medical devices and consumables like orthopedic fixators. 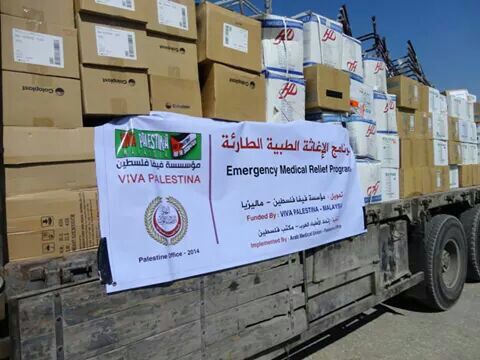 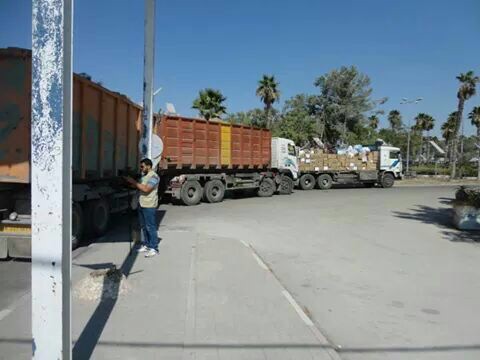 This is the 4th from the AMU/FIMA convoy to enter Gaza.
Four ambulances have been donated to the MOH Gaza. 4 have been cleared by the Egyptian authorities and 12 are awaiting intelligence clearance. It is a laborious process where many other NGOs have failed and joined our AMU/FIMA initiative!
This is the blessing of team work & international collaboration.

VPM's Gaza Relief Projects so far this summer of 2014 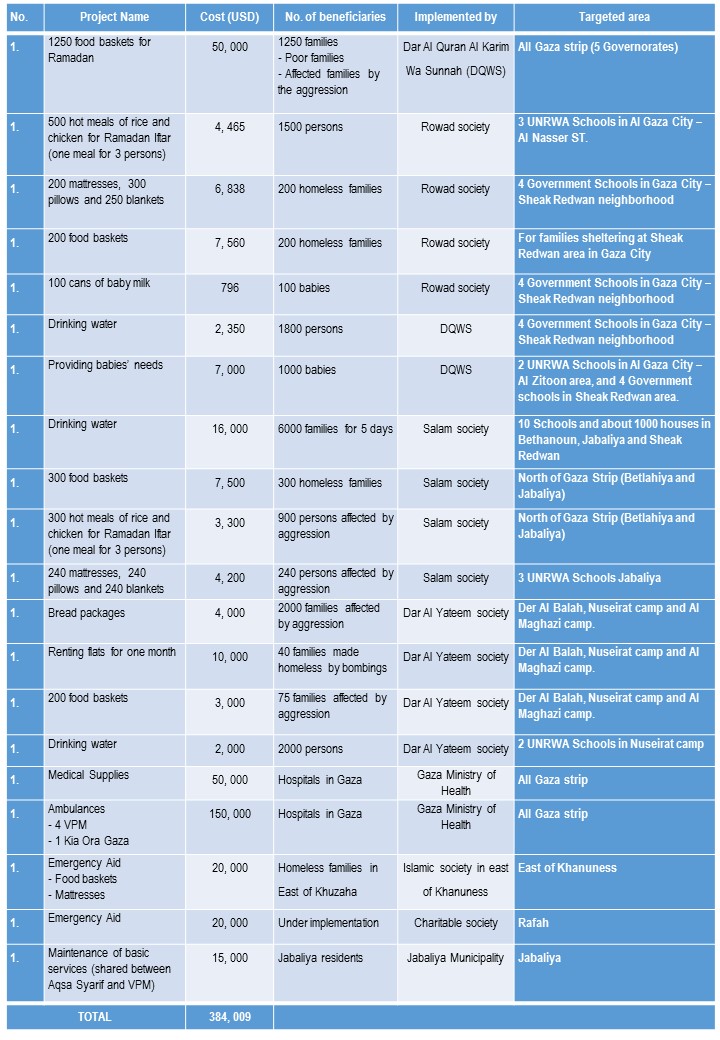 Alhamdulillah!  this was a very good afternoon! Collected RM100,00 donation from Malaysian Building Society Berhad during MBSB Open House event and Puan Azlina, the Public Relations manager of MBSB went round the corporate guests and received pledges of a further RM 130,000 from them. 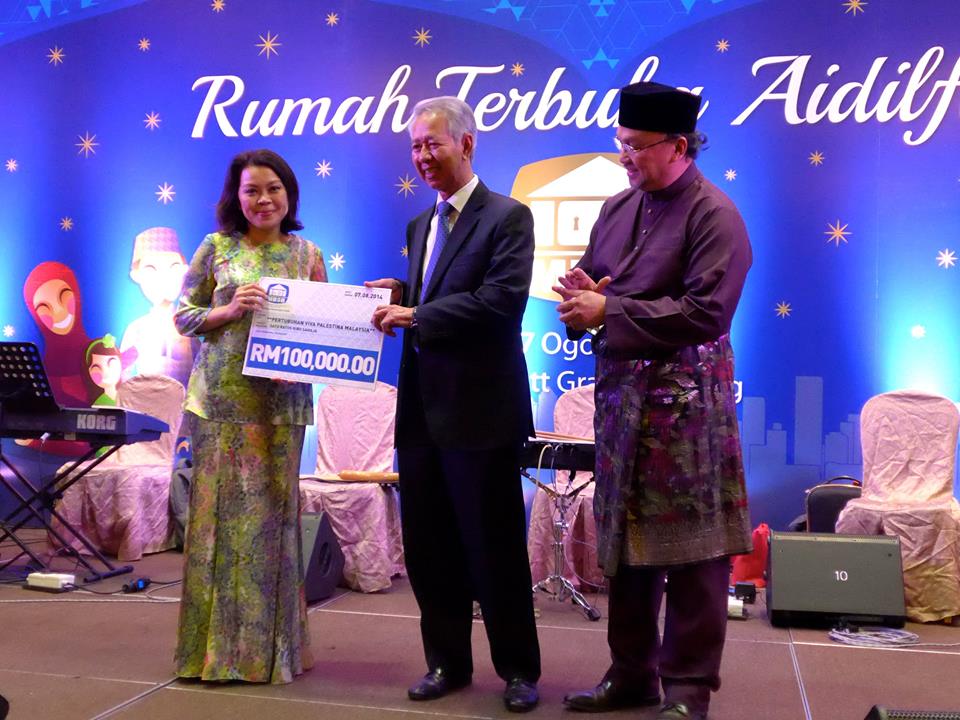 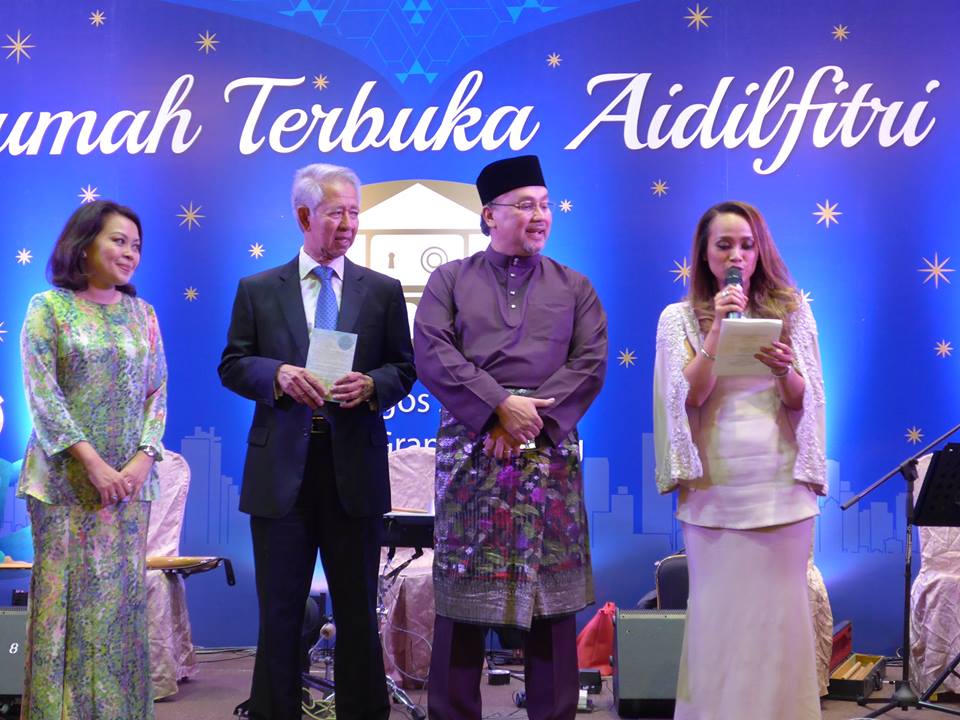 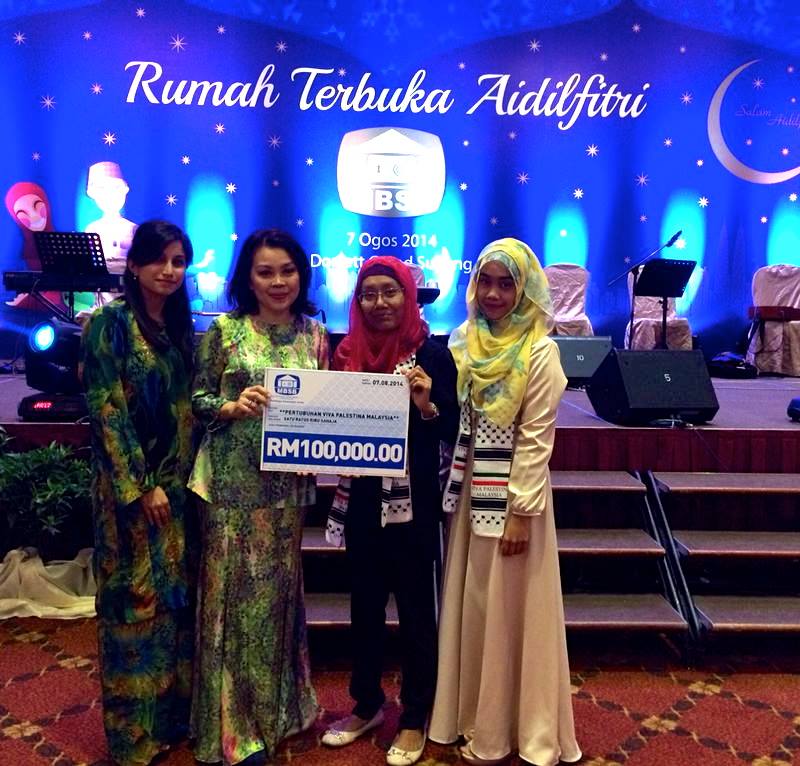 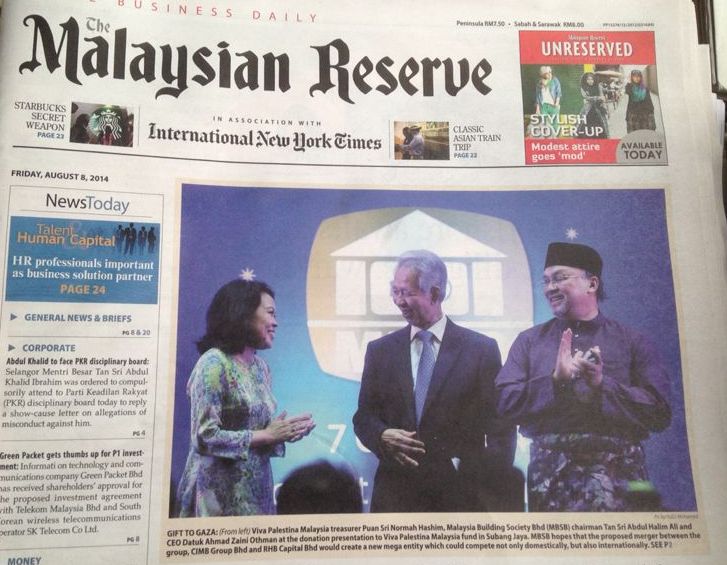